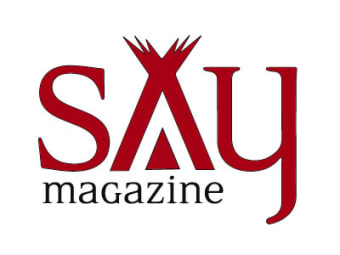 Why is this a historic undertaking, you may ask? The shocking figures of Indigenous infants and children going into care in North America, and more specifically in Canada, really came to light when a video went viral on Facebook in January 2019, capturing the attention of people all over the world. The unsettling shows a newborn baby being apprehended from a First Nations woman in a Winnipeg hospital. The baby girl was just two days old when she was taken by Child and Family Service (CFS) workers in the presence of police officers. While SAY is unable to comment about the outcomes of that particular incident, one thing is clear—incidents like this happen all too often.

The number of Indigenous children in care in Canada is staggering. According to the Government of Canada, 52.2% of children aged 0-14 in foster care are Indigenous. Restoring the Sacred Bond aims to significantly reduce that number in Manitoba by matching Indigenous birth helpers with Indigenous mothers who are at risk of having their infant apprehended and placed into the child welfare system.

The two-year pilot project is the result of a partnership between the Southern First Nations Network of Care (SFNNC) and the Government of Manitoba in delivering the province’s first-ever Social Impact Bond (SIB).

“We want to help strengthen the bond between mothers and children to reduce the number of infants apprehended into the child welfare system,” announced families minister Heather Stefanson in a press release earlier this year. “Social impact bonds are an innovative way for government to work together with the private sector and community groups to find new solutions to pressing social challenges.”

SIBs encourage partnerships between the government, the private sector and community groups to achieve positive outcomes. The province worked with leading Canadian social finance consultant MaRS Centre for Impact Investing to create its SIB strategy and establish a $3 million budget for investor repayment.

“The Southern Network and Manitoba have a long history of working together on child welfare in the province,” said Adam Jagelewski, executive lead of the MaRS Centre for Impact Investing. “This new model puts mothers and their needs first, reframing the partnership to customize supports and incentivize results. It’s fitting that the landmark SIB is an Indigenous- designed and led program, a made-in-Manitoba partnership that holds significant potential.”

Thanks to funding from eight investors, Restoring the Sacred Bond will begin matching expectant mothers with birth helpers this fall. While certain investors wish to remain anonymous, SAY has been given permission to recognize the Winnipeg Foundation as one of the leading investors with a $1-million contribution. Other investors include the McConnell Foundation, C.P. Loewen Family Foundation, the Lawson Foundation, the Inspirit Foundation and the Children’s Aid Foundation of Canada.

“We are honoured to have been chosen to deliver the programming for the Restoring the Sacred Bond Initiative. Because we believe that the health of our communities starts with our women as they move through the birth cycle, we believe this Initiative will have a positive effect on the wellness of First Nations communities for generations to follow." – Board of Directors, Wiijii’idiwag Ikwewag